Looking to buy or rent at TTDI Ascencia?

Your Desired Property is Located Here
Close
Taman Tun Dr Ismail (TTDI) is located right in the midst of many established and matured neighbourhoods which include Bandar Utama, Damansara Utama, Mutiara Damansara and Bukit Kiara.  The master developer which initiated and transformed TTDI into the affluent township it is today, Naza TTDI continues to move forward with yet another innovative development known as TTDI Ascencia. Nestled between TTDI and Damansara Kim, this upmarket serviced apartment along Jalan Damansara comes with the prestigious 60000 TTDI KL postcode.
TTDI Ascencia is one of the developments close to the new MRT line. This is certainly a strong pull factor for both investors and buyers. Through the future MRT station next to TTDI Ascencia that is currently being developed, residents will be able to take the train to places such as 1 Utama, The Curve, KL Sentral, Dataran Sunway and even Kajang. The MRT line will also take residents all the way to the heart of Kuala Lumpur, giving them a hassle-free work and leisure commute.
With this many conveniences to its name, TTDI Ascencia is as much a lucrative investment as it is a strategic place to call home. To emphasise how convenient it all is, the entrance of the development is located just several metres away from the staircase leading up to the overhead bridge that leads to the TTDI MRT station.
Strategically located along Jalan Damansara, it is accessible via the Damansara-Puchong Highway (LDP) and Damansara Link, offering easy access to the North Klang Valley Expressway (NKVE), Penchala Link and SPRINT Highway. This makes TTDI conveniently connected to Petaling Jaya, Kuala Lumpur’s city centre and exit points from Klang Valley via major highways.
Stylish yet Practical Freehold Units
TTDI Ascencia is poised to be a landmark property in the prestigious TTDI neighbourhood. With a height of 36 storeys, it is one of the few high-rise buildings in the area. The RM134.5-million project will be a low-density freehold development with only 154 units which offers unrivalled accessibility and convenience.
The development is also minutes away from neighbouring amenities which include major shopping malls such as Tropicana City Mall, 1 Utama, The Curve, Ikano Power Centre, IKEA, the upcoming Atria Shopping Gallery and Kuala Lumpur Golf and Country Club. Intermingling with these commercial hotspots is the green lung of Kiara Park in TTDI, residents can visit for their daily exercises and relaxation purposes.
TTDI Ascencia is designed by award-winning architect firm GDP Architects and offers multiple layout designs and sizes ranging from 524 sq.ft to 2,309 sq.ft to cater to the different needs of residents. Additionally, the development has won prestigious accolades such as the Malaysia’s Best Residential Apartment Architecture and Development award in the Asia Pacific Property Awards 2013.
Resident-exclusive Facilities
Resident-exclusive facilities at TTDI Ascencia include an infinity pool, splash pool, landscaped dock, multipurpose deck, gymnasium, nursery, surau, changing room and sauna, children’s playground and 24-hour security.
TTDI Ascencia’s unique architecture is distinctive and residents will get to enjoy panoramic views of Kuala Lumpur City Centre and the Kuala Lumpur Golf and Country Club.
Launched in 2013, it is expected to be completed in July 2016. The project is anticipated to be one of the new landmarks in the area and will be an addition to the developer’s string of renowned developments which include Platinum Park at KL City Centre, KL Metropolis, TTDI Alam Impian and TTDI Gateway of Shah Alam.
For more details on TTDI Ascencia, call 03-2787 7968 or visit nazattdi.com.
read more 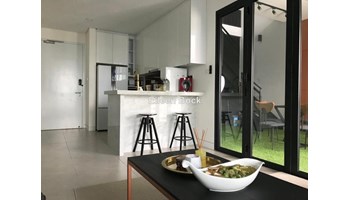 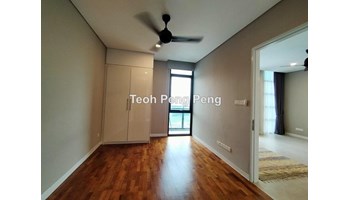 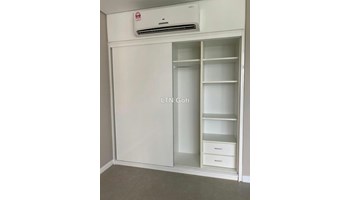 View all 41 for sale 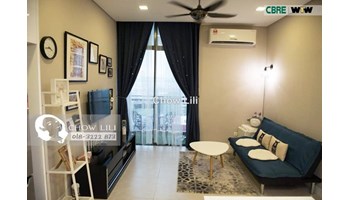 View all 82 for rent
Previous Next
;

Be the first to give a review for this condominium!