Looking to buy or rent at Setia SKY Residences?

Your Desired Property is Located Here
Close
A well-recognised location of Malaysia, Kuala Lumpur is the heart and capital of the country. Right in the centre of it all is the fast-paced and bustling city centre that is popularly referred to as the Kuala Lumpur City Centre (KLCC). Properties within the KLCC area are highly priced but they are also highly sought after due to its strategic location, convenience, and prestigious address.
While there have been developers racing to get a slice of the KLCC pie, many are also targeting areas just slightly further out and this was what long-time developer SP Setia has done with Setia Sky Residences (SSR). While still boasting a location within the hustle and bustle of Kuala Lumpur, SSR has prices that are slightly lower and more attractive. Located opposite the National Library on the intersection of Jalan Tun Razak and Jalan Raja Muda Abdul Aziz, it is a mere five-minute drive to the city centre. One can easily access SSR via AKLEH (Ampang-Kuala Lumpur Elevated Highway).
Launched in 2008 and completed in 2011, SSR is a high-density development of 811 units in four 40-storey towers that have been cleverly named as Alia, Boheme, Celeste, and Divina. There are several different unit types and layouts that start from 635 sq. ft. to 1,755 sq. ft. There are six units on each floor and seven lifts serve each tower.
SSR is certainly not lacking in facilities and has plenty of luxury for its residents to enjoy. Known as the Sky Deck on level 5, it houses the infinity pool, children's pool, children's playground, Jacuzzi, barbecue area, party room, music room, and courtyard gardens. The Sky Club is located on level 34 with the infinity swimming pool, sauna with private Onsen baths, gymnasium, music room, games room, yoga area, deck area, and a garden for relaxation. Units at SSR will either have a view of KLCC or Taman Tasik Titiwangsa.
Brickz.my has recorded the sale of a 1,259 sq. ft. unit (purchased in April 2016) for RM950,000. However, at the time of writing, listings on iProperty.com have shown that a unit of similar size is now priced at almost RM1.2 million while a 1,055 sq. ft. unit is at about RM900,000. Subsale prices for SSR are in the range of RM700,000 to about RM2 million with rental prices in a range of RM2,400 to RM9,500.
Many have noted that SSR has one drawback, which is the lack of public transport nearby--the closest monorail station is a 17-minute walk away. However, a free in-house shuttle service has been provided to and from the KLCC LRT station. In fact, the upcoming MRT line (Station #15, Kampung Baru North) has been planned to be walking distance from SSR, which will definitely be a bonus for both residents and property owners.
read more 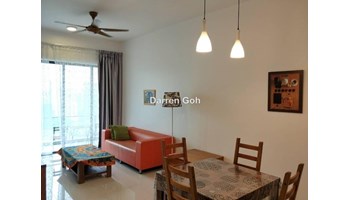 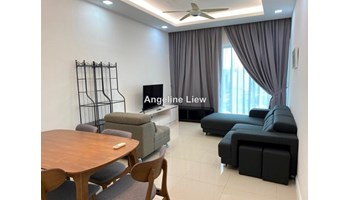 View all 317 for rent
Previous Next
;

iProperty iQ data suggest that the property has moderately high demand compared to other properties around the area.

Setia Sky was supposed to be a beautiful and grandiose place to live. However, its falling into decay during the 1 year i have lived here. It all looks beautiful at first, but when one looks close, you see its falling apart.

In short: because of the building is almost deserted, there is no investment by the owners and management office to maintain the building. Management Office is extremely uncooperative and impolite. The few tenants that live here are mostly short term (6 months) male expats from middle east or India.
I would look to another apartment until more investment is made by the management and more long term tenants move in (which wont happen with the current prices).
Long review:
Because it is hugely overpriced, it still remains almost 70% empty of tenants with apartment only bought as investments by people living elsewhere. Because it is so empty there is no involvement of the home owners or management office. Resulting in things not being fixed and no one investing in maintaining the ones beautiful grounds and buildings. Such as:
- Broken windows in common areas/gym (4 months now)
- Huge ant and cockroach problem (even on my 27th floor)
- Outside windows not being washed for 12 months (according to the Moffice  because of contract disputes)
- Grass around the swimming pool have turned in pools of mud (fixed by putting some tape around it for the last 3 months)
- Garbage is left in elevators or common areas, cigarette buds are found everywhere (even in non smoking zone).
On a positive side, the location is great and the building (still looks nice). And if you have an apartment on the south side, you will have an exquisite view of KL. Security is outstanding and are polite and helpful.
However, at these high prices its not worth it and i will (and you should) look elsewhere.
+ add review
;
X